The Initiative to End Family Violence (IEFV) is pleased to announce our Graduate Student Fellows, who will each receive funding for research on family violence during the 2019-20 academic year.

The IEFV Graduate Student Fellowship was created to support graduate students whose research has the potential to prevent, intervene in, or end family violence. 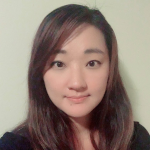 Discourse and research on adoption have focused primarily on the families that are formed through adoption, largely ignoring the family separations that render children adoptable. Through interviews with birth families and participant observation with a birth families’ support groups, my project will examine the following questions:

This fellowship will help fund a trip to South Korea this summer to conduct preliminary research for my project. During my time in South Korea, I will be meeting several birth mothers to record their life histories and help them in their search for their separated children. 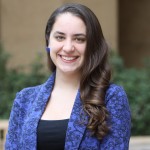 Navigating the Compliance Jungle: How Field Actors Shape the Meaning of Title IX

Through a field-level analysis, I am examining how a variety of individuals and organizations, including advocacy groups, have interpreted and actively shaped the meaning of Title IX campus sexual assault policies. This dissertation research builds on neo-institutional literature in sociology that examines how “field actors” shape the meaning of compliance, sometimes in ways that undermine the law’s intended purpose.  Field actors who interpret, construct, and enact the meaning of Title IX policies consist of feminist activists, advocates for the accused, Title IX coordinators, officers, and investigators, human resources staff, student conduct officers, mental and physical health professionals, teachers, administrators, lawyers, lawmakers, survivors, and respondents. The research aims to advance the theory of legal endogeneity by specifying how and under what conditions field actors across the organizational field of campus sexual assault response incorporate and combat feminist social movement values, anti-feminist countermovement values like men’s rights, managerial priorities, and legal principles into civil rights law in ways that foster or constrain substantive changes in gender-based violence at universities. Ultimately, the project will illuminate how people on the ground shape contestations over the meaning of law and compliance across multiple levels, focusing on the consequences of these organizational processes on survivors. I am interested in drawing comparisons within two campuses in the same university system (UC Irvine and UC Berkeley) as well as across one public and one private university (UC and USC).

I will be using funds to cover travel expenses to moderate a panel at The WorldWide #MeToo Movement conference at UC Berkeley, and to gain access to key informants for interviews for dissertation research. IEFV funds will also be used for a paid focus group study of college-age women at USC and their thoughts on contacting Title IX in instances of relationship violence. I will compare the findings of this study with data I helped collect in an IEFV-funded focus group study of college-age women of color at UCI entitled, “Reporting Intimate Violence: Expectations and Experiences Among Women of Color.” The focus group portion of the study will allow me to assess gaps between law and policy on the books, law and policy as it gets carried out by different field actors, and the experiences of those the civil rights policy is meant to protect: namely, women and survivors. 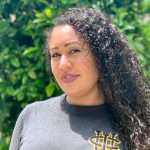 Although IPV is found in all communities and across all races, ages, socio-economic status, and backgrounds, some are more vulnerable than others. Undocumented immigrants are more vulnerable given their marginalization, limited alternatives, and additional barriers to accessing resources needed to escape the violence (Adams & Campbell, 2012; Menjívar & Salcido, 2002). Furthermore, immigrant women may face cultural, religious, or familial pressure due to a more tolerant orientation towards domestic violence among certain groups (Loke, 1997). Perhaps the most significant barrier is fear of deportation, and fear of breaking up families (Moynihan, Gaboury, & Onken, 2008; Vidales, 2010). This fear has been exacerbated with the 2016 election of President Trump, who ran on an isolationist and anti-immigrant platform which has increased the fear among immigrants. In response, many cities and states have enacted policies aimed at limiting local law enforcement’s cooperation with the U.S. Immigration Customs Enforcement agency (Cameron, 2017). 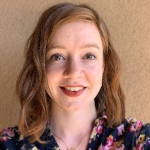 In southern West Virginia, where this research project is based, a massive reduction in stable employment opportunities has made the core elements of household financial success (like homeownership and retirement savings) both more necessary and more difficult to obtain for working-class families. Civic programs that aim to help struggling West Virginians often link financial stability to family structure, emphasizing certain family structures as ideal for household financial responsibility and economic success. For those who have experienced or perpetuated family violence, the emphasis on marriage and two-parent households as a tool for financial and emotional stability is particularly fraught. This research project investigates the way that both non-profit- and church-run family and financial courses shape (or fail to shape) participants’ household financial decisions and their intimate relationships. Specifically, it asks how the experience of family violence shapes course participants’ reception of material related to both financial planning and family life. More broadly, it asks how social class affects the family life and economic decision-making of households that participate in these courses. Ultimately, it seeks to understand how economic changes alter the way that Americans understand their own families and their ideas about how family should be.

This grant will fund the costs of printing research materials, local transportation, and some interview transcription. 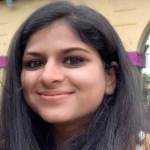 There is recent evidence that labor market discrimination against women goes down as women start getting more jobs. A main channel is empowerment of women such that the more empowered an entering woman is in an industry, the more she can reduce the discrimination against women in that industry. This project studies the impact of women empowerment on their chances of getting a job while competing against men in a biased job market. This is to establish the link between women empowerment and domestic violence against them based on their job market outcomes as suggested by the household bargaining theory.

The theory in this project suggests that the relationship between women empowerment and domestic violence against women is inverted U-shaped such that empowering women would lead to higher violence against them until a threshold, after which, further empowerment will lead to reduction in violence. I shall conduct a laboratory experiment to test the mechanism outlines in the theory. This grant shall be used to pay the participants of the experiment. 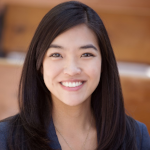 Nearly 40% of women in the U.S. are victims of sexual violence. Rates of intimate partner violence (IPV) increase during pregnancy. As such, OB/GYN physicians are uniquely suited to detect and intervene on behalf of victims of IPV. However, despite recommendations for universal screening and improved pregnancy outcomes with IPV screening, physician rates have been estimated to be as low as 2%. In a study identifying barriers to screening reported by physicians and nurses, half cited lack of time as the single largest impediment, and discomfort with positive screens was identified as the next most often cited barrier. Studies have shown the effectiveness of simulations as an instructional technique that allows learners to practice high-stakes scenarios in low-stakes environments in which mistakes can be safely made. This project aims to overcome resident physician barriers to IPV screening by creating a standardized IPV protocol and utilizing structured medical education simulations to teach this protocol to residents. The IPV protocol will include streamlined resources for victims of various types of abuse, including in the event of an actively hostile partner. A simulation curriculum will then be used to teach this protocol, with the aim of increasing efficiency of evaluation and intervention in the event of a positive screen, therefore addressing the most common barriers to IPV screening by physicians.

These funds will go toward integral elements of the project, including hiring standardized patients to act as the patient and partners and creation of a standardized electronic screening tool that will be administered to our clinic patients at the Federally Qualified Health Center (FQHC) in Santa Ana. 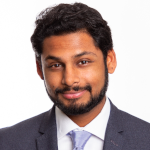 Studies show that domestic violence mandated reporting laws deter socially and legally vulnerable patients from accessing medical care in common clinical settings such as hospitals. Therefore, it stands to reason that vulnerable victims of domestic violence who are aware of mandatory reporting policies would first turn to community resources and products for self-care—like those found in local pharmacies.

90% of Americans live within 2-miles of a community pharmacy, making community pharmacists the most accessible healthcare professionals in the country. However, despite their increasingly clinical scope, pharmacist-patient interactions likely do not fall under the purview of domestic violence mandated reporting laws.

My project explores the potential for pharmacists to screen for domestic violence and provide counseling and referral resources without compromising patient autonomy. I will research healthcare access trends by victims of domestic violence and patient and practitioner perceptions of mandated reporting laws. Then, I will explore the statutory analysis and advocacy issue of whether certain advanced pharmacists might be subject to mandated reporting laws now or in the future. Finally, as a licensed pharmacist myself, I will design domestic violence screening tools tailored to the community pharmacy environment and oversee their experimental implementation.